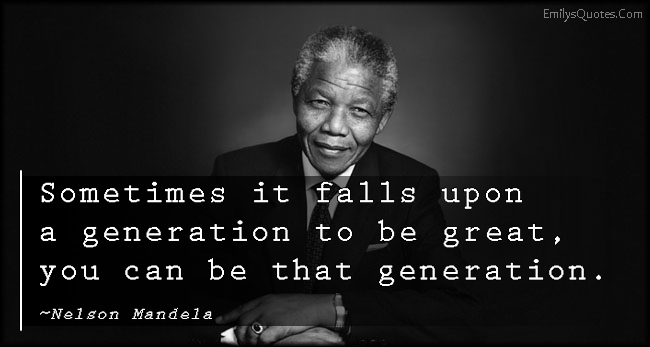 South Africa recently celebrated Youth Day to commemorate the Soweto Uprising of 16 June 1976. On this day, thousands of students were fired upon by police during a peaceful protest against Afrikaans being enforced as the primary teaching language in schools. On Youth Day, we pay tribute to the role of the youth in liberating South Africa from the apartheid regime.

Though it would be more than 20 years before South Africa became a democracy. The sacrifice made in the Soweto uprising ultimately led to a change in the primary language of education, with young South Africans now educated predominantly in English. Because English is the dominant international language of business, the change lays the groundwork for young Black South Africans to gain access to economic inclusion.

Though this seemingly simple change enables economic access not available to Black (defined as Black African, Coloured and Indian) South Africans in 1976, South Africa is still striving to achieve equality. The youth, in particular, face difficult challenges. A look at the data around youth unemployment, education and debt confirms there is still a long way to go.

The United Nations defines youth as between 15 and 24 years of age. South Africa’s Youth Development Strategy is more generous and defines “youth” as 14 to 35 years of age. The age of majority is the threshold of adulthood, as recognized or declared in law which in South Africa is now 18 (it changed from 21 in 2007).

The word “youth” conjures up imagery of being carefree, strong, healthy, and optimistic – perhaps even a little idealistic. So, the world should be your oyster when you’re a “youth”. But is it?

Working with these statistics, we used our ENS Customer segmentation tool and our Credit Portal to examine the state of South Africa’s youth and considered their prospects. The ENS has a segment we call Students and Scholars which segments the 4.5m youth (22% of the adult population, aged 15+) of the nation. This segment has little to no income, no credit beyond retail, and almost no assets. Sub-segments include Future Heavy Hitters, and the Lost Youth. Only a small percentage are credit active, with those who are credit active having only retail credit. They have a total annual spend of R81bn.

It is striking, when we examine this segment, that South Africa’s youth is facing significant economic disadvantages. For many, the recent Covid-19 pandemic, rising inflation (which is further compounded by the global impacts of the war in Ukraine), and South Africa’s ongoing social and economic pressures are painting a bleak picture for their future.

The road to a brighter future

Without delving into the potential hazards for South African society if the current burdens on our youth are not addressed, what can the youth do to empower themselves and look forward with optimism and opportunity?

1. Focus on your education

Malcolm X made the profound statement that “Education is the passport to the future, for tomorrow belongs to those who prepare for it today”. And the data supports this.

In the graphic below you can see that there is an almost perfect correlation between Socio Economic Measure and level of education. The correlation holds whether we use LSM, household income or personal income. In 2021 there was a marginal improvement in the matric pass rate, which reached 76.4% from 76.2% in 2020 which bodes well for the youth.

Further, there is also a very strong correlation between education and work status as seen below:

There has never been a better time for the youth to seek an education. Besides the various opportunities available through NSFAS, learnerships, FET Colleges, private and public sector bursary programmes and so on, the digital age has brought with it access to learning on a never-before seen scale. Some of our favourite resources are GetSmarter, Udemy and Coursera. (We’ll discuss the Digital Divide in SA in Part II of this blog.)

There are also many other support structures available for young people that have potential but lack access to funding, such as the Michael and Susan Dell Foundation, Sikelele Scholars, Kika Trust, and The Mastercard Foundation.

Ruining your credit record as a youth in order to live a life you can’t afford can lock you out of possibly buying a house or car in the future. For those young people already facing credit stress, organisations like Debt Busters can help to get debt under control.

Having a partner to work with you on achieving your goals is a proven way to make progress, faster. The data shows that married couples rate themselves higher than single, divorced, separated, or widowed people when comparing themselves to others in their community in terms of health, parentings skills, personal standing in your community and socio-economic level. The correlation seems to go beyond just avoiding being alone, married couples rate themselves higher than couples who are living together.

While we certainly don’t advocate that young people rush into marriage, the data does appear to support the idea that a healthy marriage can improve one’s living standards.

All around the world, small and medium-sized businesses (SMEs) are the lifeblood of economies. According to the World Bank, SMEs represent about 90% of businesses and more than 50% of employment worldwide. In emerging economies, SMEs contribute up to 45% of total employment and 33% of GDP. According to StatsSA, South African SMEs were generating around 22% of all business turnover in 2019.

Though succeeding as an entrepreneur in South Africa can be challenging, with 60-70% of small businesses failing in the first two years, young people who want to take the reigns of their own fate would do well to consider this as an option.

Internationally, success stories like that of Elon Musk may be few and far between, but SA’s youth needn’t become overnight billionaires to make a success of employing themselves.

The data tells us that, while South Africa’s youth faces very real difficulties, there are proven pathways to upliftment. In our next blog, we will take a look at where the youth are most likely to find opportunities. Where, in South Africa, is the demand for skills and the need for small enterprises?